Although generally given its own category, an aeroponics system is a form of hydroponics and is used for growing indoor marijuana and other garden plants.

Essentially, the growing medium is air and the nutrient solution is supplied from a pump in the form of water droplets instead of a reservoir, stream or flood. The theory is that the smaller the droplets of water, the faster a cannabis plant can absorb the nutrients. The theory has been proven correct in that an optimized system will outperform all other forms of hydroponics systems in terms of rate of growth. These systems are the most ecologically friendly in that they utilize the least amount of water. They also move less amounts of water resulting in electrical power savings.

The problem is the same as with all machinery and technology: the more complicated, the more things can go wrong. Aeroponics systems are also the least forgiving in that one failure can leave your whole crop dead in short order. Roots hanging in the air can dry out in minutes if the spray nozzles clog or if a pump goes out. A grower must keep a very vigilant eye on an aeroponics grow.

One interesting fact about aeroponically grown weed is that the roots look quite different than marijuana grown in any other fashion. Almost magically, the plant adapts to its new feeding regimes and develops a network of superfine hairs. This network presents a larger surface area and thus has a greater the rate of absorption of both oxygen and nutrients.

Another plus is that aeroponics is the most disease-free of all hydroponics systems.

There are a few sub-categories of aeroponics. The major differences between the three systems are listed below.

These are the simplest form although some argue they are not ‘true’ aeroponics. A nutrient solution is sprayed directly on the roots using small spray heads and an aquarium water pump. In principle it is not unlike a miniature water sprinkler system for one’s lawn. 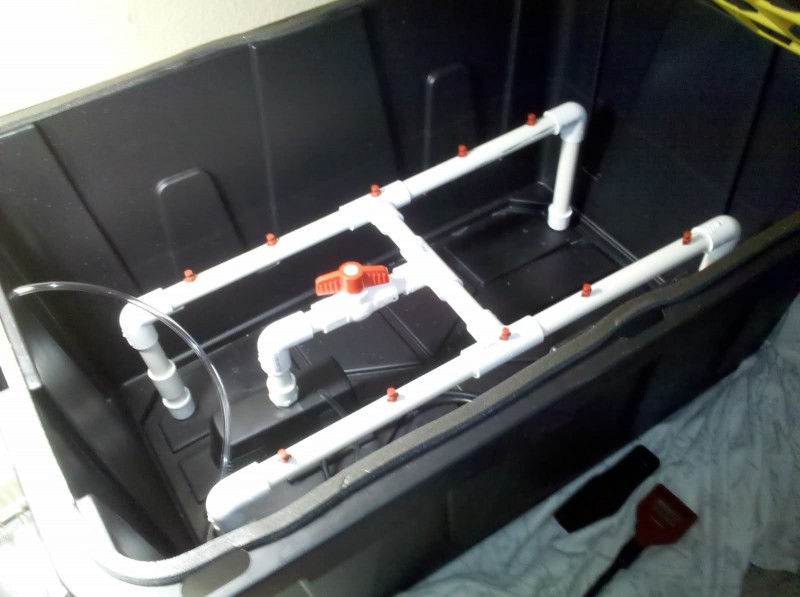 These systems require much more expensive pumps and spray heads and put out finer droplet sizes than spray systems. The smaller droplets stay suspended in the air longer and the systems requires much less water.

Rather than using a pump, an ultrasonic fogger focuses high energy ultrasonic waves on water to turn it into a fog. This type of system, not for growing, but for keeping vegetable produce moist, can be seen at most any modern supermarket. Systems that make a water droplet size of 10 microns or less are said to create ‘dry’ fog; though many foggers create drops in the 10 to 50 micron size. As a comparison natural fog is roughly in the 30 micron size.

Because of the tiny outlet size, foggers are the most susceptible to calcification – the collecting and hardening of minerals on the spray heads, and will require frequent cleaning and maintenance. Dilute white vinegar works in most situations as a cleaning agent. 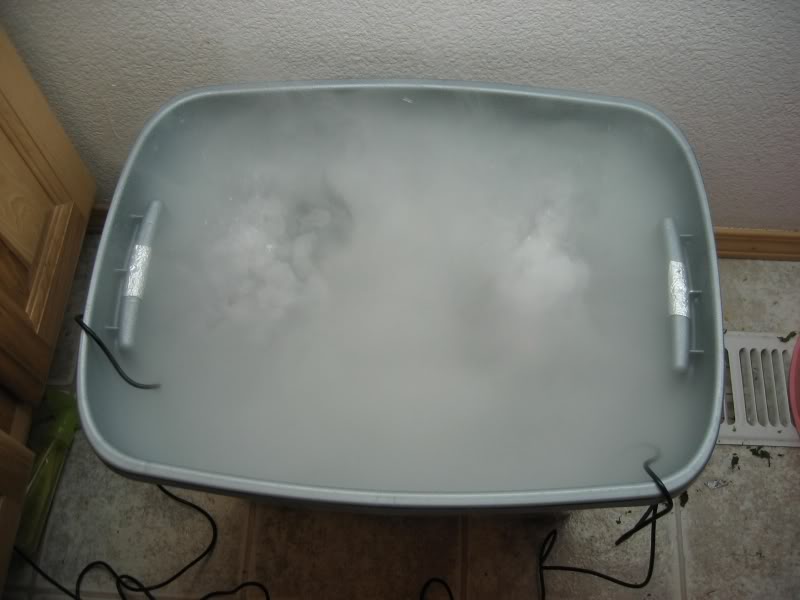 All three aeroponics systems should be on a timer with so many minutes on to wet the roots and then an off time to allow them to dry with less water being needed when the lights are off.  Some experimentation in this area to optimize the cycle will be needed.

No matter which system you choose, it is very wise to have redundancy or a back-up system in case of failure. Aeroponics systems can give the greatest rewards when growing marijuana indoors and also can have the most catastrophic failures. You will need to have deeper pockets and greater patience to play this game than with any other hydroponic system.