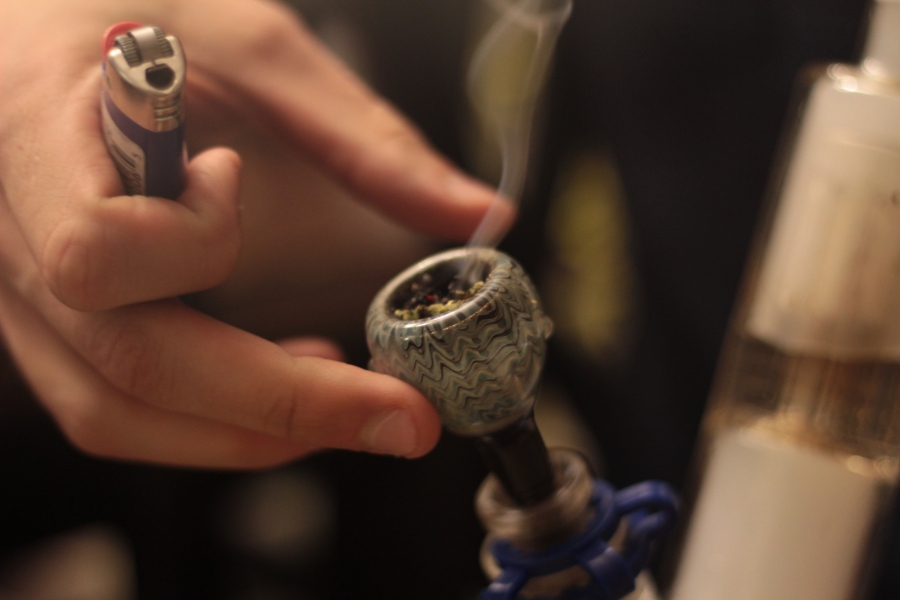 How to grow marijuana now that it’s legal in Maine

“There’s a reason they call it “weed,” Eccelston, the owner of Maine Seedlings and Clones in Biddeford, said. “Treat it like any other plant in your garden and it will grow.”

Last November voters approved a referendum that allows residents to grow marijuana plants for their own personal, recreational use.

According to the law itself, a resident must be 21-years-old to grow marijuana for his or her personal use. He or she can possess an unlimited amount of seeds, no more than 12 immature plants and no more than six flowering plants.

Growers can keep the entire harvest from their six flowering plants. Any indoor growing must be done in the grower’s own residence. Outside plants may be grown on the grower’s property on on a friend’s property with written permission from the property owner, according to the law.

All outdoor plants must not be visible other than from the air or by binoculars and all plants must be tagged with the owner’s driver’s license or other identification number.

But now that it is legal to grow your own in Maine, how do you get started and not go overboard?

“The problem is so many people spend a ton of money getting lights and other indoor growing stuff,” Eccelston said. “My suggestion is, if you have never grown before, don’t spend a lot of money on an indoor system, [instead] grow it outside and see how it goes.”

Novelty of legally growing cannabis aside, Eccelston, who has been growing medical marijuana for a decade, said there are not a lot of differences between that and traditional vegetable gardening.

“Find a nice sunny spot, prepare the ground, put in some good compost and you are pretty set,” he said. “You can spend a ton on nutrients or you can research different things that are available in nature — like using seaweed.” 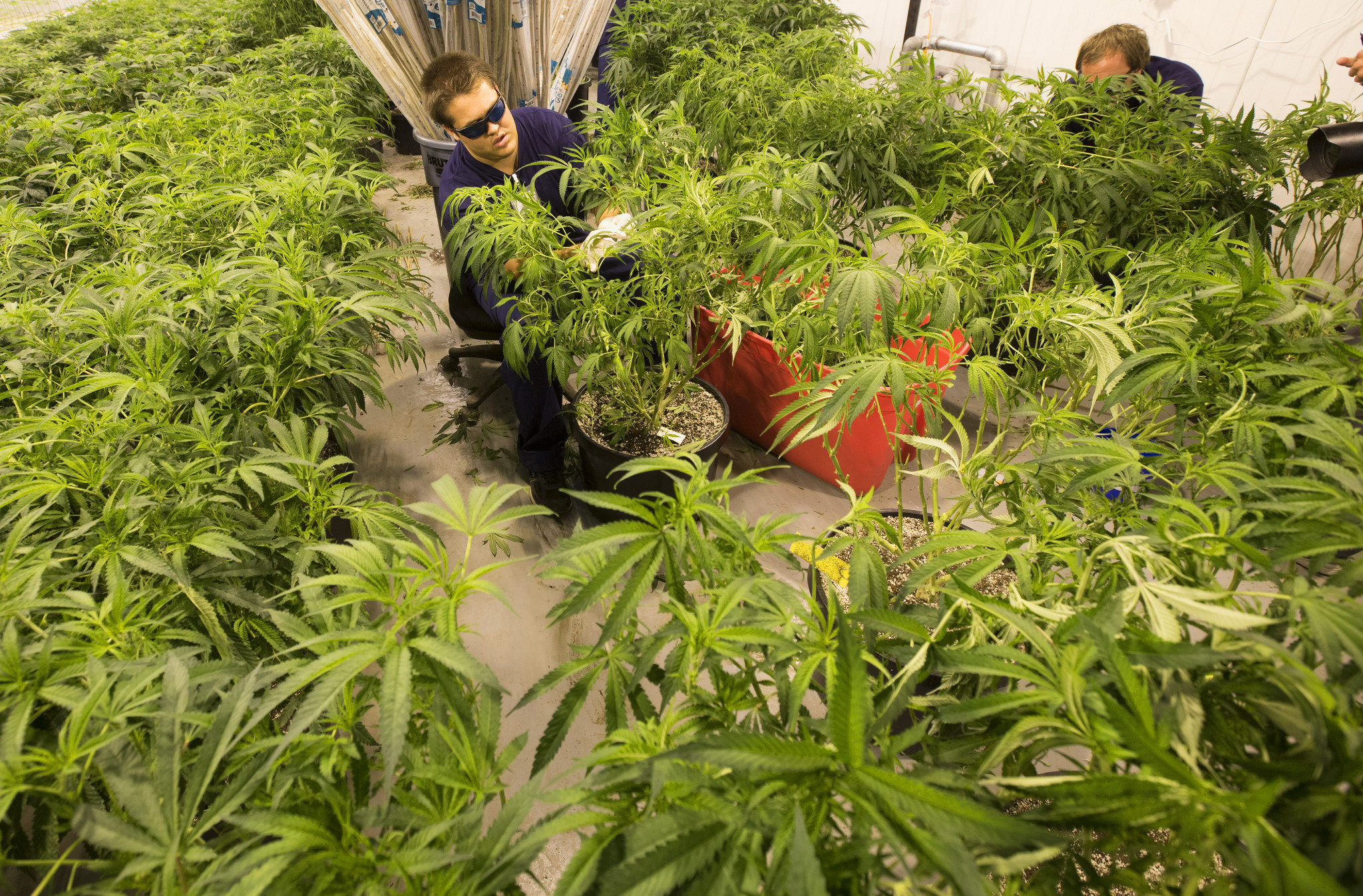 Steve Rusnack, owner of Full Bloom Cannabis in Fort Kent, said it is easy to complicate the marijuana growing process, but also easy to oversimplify it.

“Do your research,” Rusnack said. “It can be simple, but if you want a quality plant, be prepared to put some time into it.”

Rusnack and Eccelston both recommend growers get a copy of “Marijuana Horticulture: The Indoor-Outdoor Medical Grower’s Bible” and keep it handy at all times.

“It really is the bible for growers,” Rusnack said. “I have one in every room of my growing facility.” 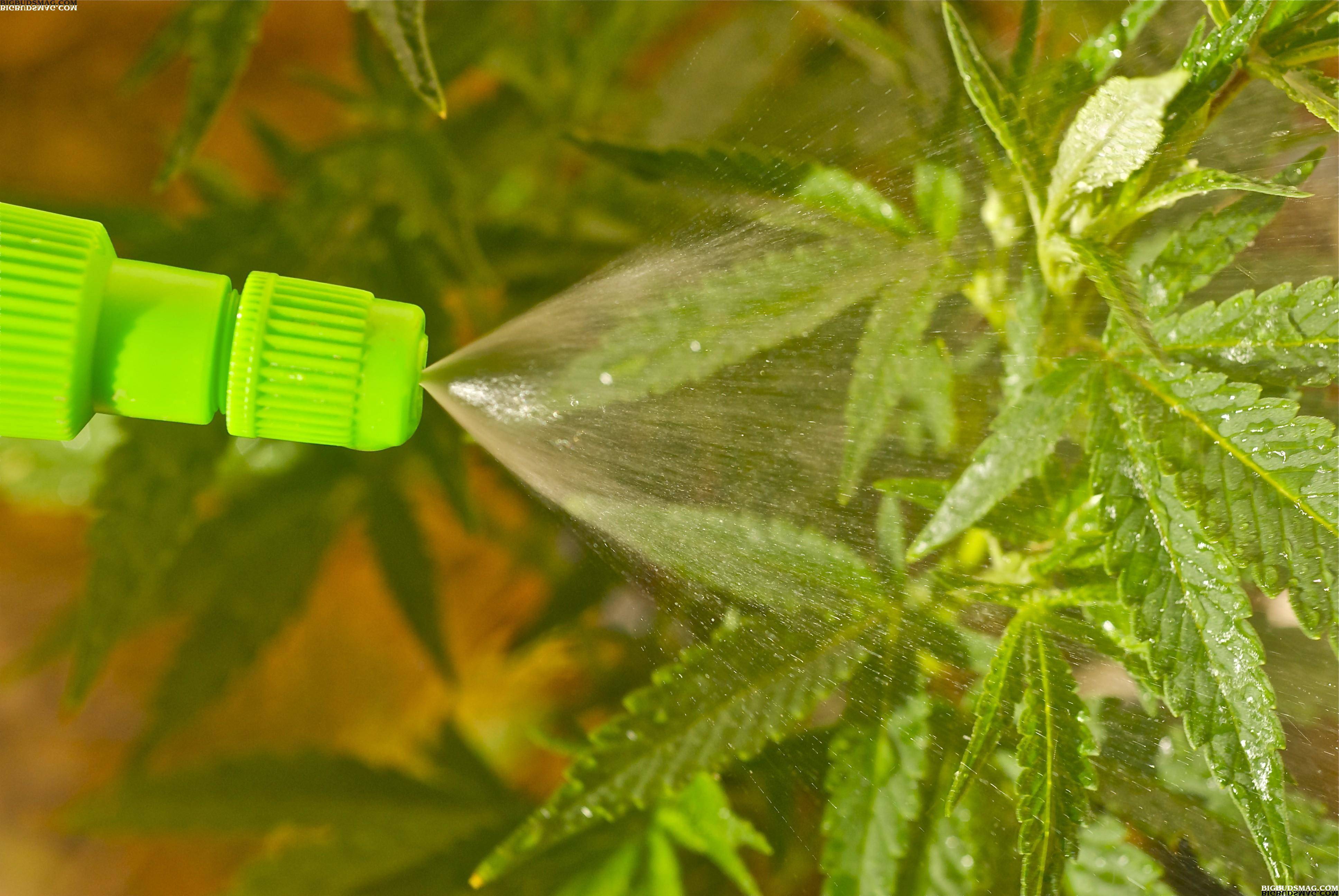 At its most basic level, Rusnack said, any marijuana plant needs three things to grow — light, air and water.

“You also need a clean environment,” he said. “So I tend to believe more in growing indoors where the environment can be controlled.”

Cleanliness is important, Eccelston said, but indoor growing systems can be vulnerable to parasitic or other insect attacks.

“Outside there are pests that can get into your plants like leaf aphids,” he said. “But their natural predators like ladybugs will keep them in check.”

Inside, Eccelston said, if a pest like the dreaded spider mite finds its way into a plant, it can destroy the entire crop.

“As far as growers are concerned, spider mites are the devil,” Rusnack said. “Once you have them, they do more than cause some damage and they can devastate the entire crop.”

Neither Eccelston nor Rusnack use chemical pesticides when they grow.

“My philosophy is, instead of spraying, you are better off just starting over again,” Rusnack said. “So it’s important to closely inspect your plants and to make sure you don’t bring the mites in on other plants or on your own clothes if you have visited another greenhouse or growing facility.”

Instead of seeds, send in the clones 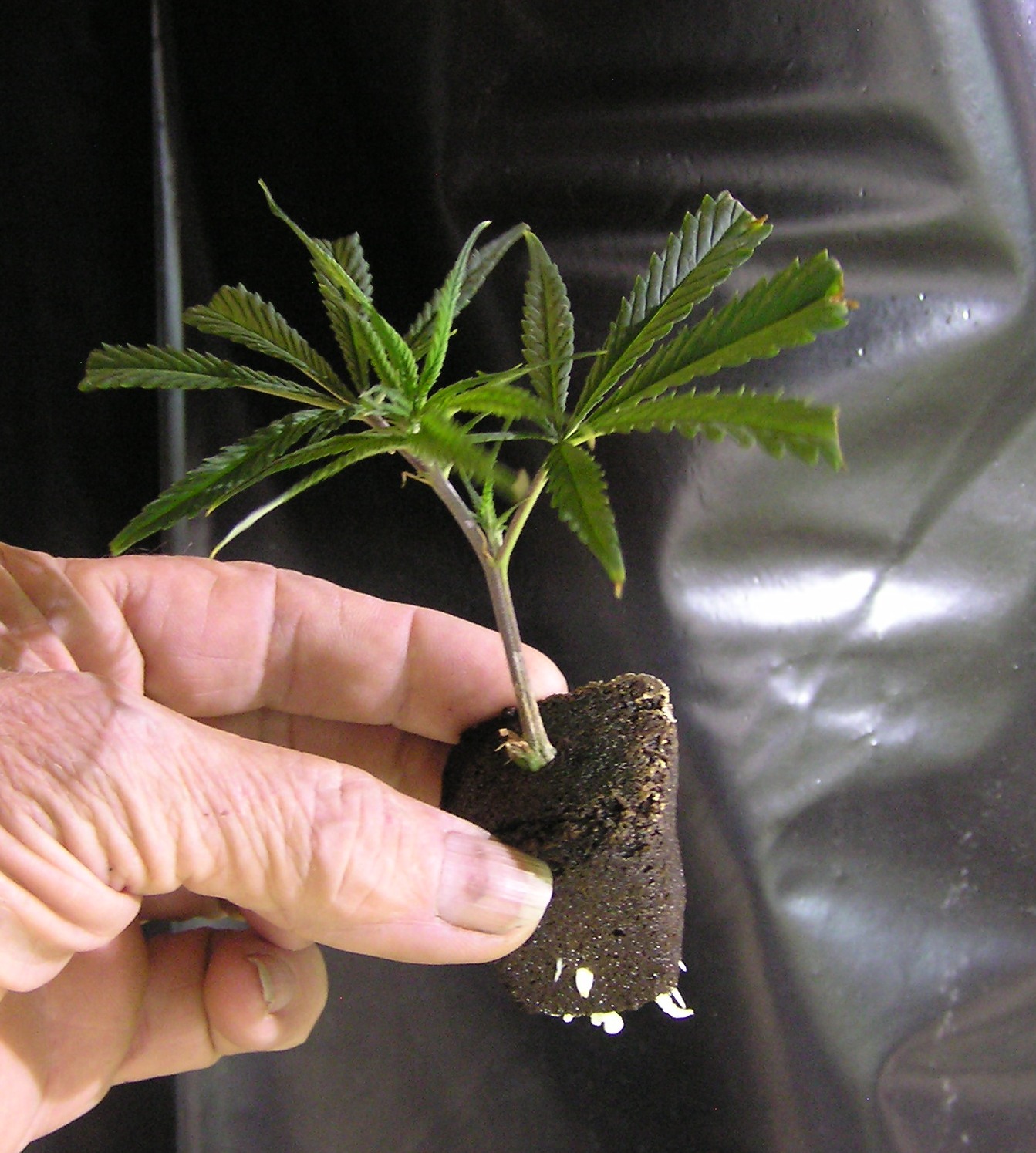 Marijuana does grow from seeds, but Eccelston said they can be difficult and expensive to obtain.

“Check around and find where you can buy clones,” he said. “It can be really easy to get a cutting off a quality plant.”

At his store, Eccelston sells a variety of cuttings and clones — the top three inches of of a healthy plant — and recommends growers purchase a quarter number of clones to get the amount of plants they ultimately want as they will produce additional plants.

The cuttings or clones, he said, should be placed in a piece of moist sphagnum moss and kept in humid conditions.

“I’m big on do-it-yourself,” Eccelston said. “Go to the grocery store and they will give you a clear plastic cake or pie dish with a top and bottom – when you put your plants and moss in there, close it up and you have a humidity tank.”

After seven to to 10 days in the tank, the plants are ready to be transplanted into the ground.

“From then on, treat it like any other vegetable or flower you’d plant in your garden,” Eccelston said. “If it’s a bit cool outside, bring them in a night for the first several days to harden them off.”

Rusnack said he tends his plants daily — watering, checking for mites and trimming them.

“I only plant and grow the females,” he said. It’s the females that produce the flower and buds that hold the medicinal values.”

Male plants, Rusnack said, are only needed if a grower wants to produce actual seeds.

Sexing the plants based in seeds is nearly impossible, he said, unless a grower obtains seeds specifically bred to be females.

“Once the plants are growing, it takes about four to six weeks before you see signs of being male or female,” Rusnack said. “On the females you will see the tiny white hairs — or pistils — sticking out of the plant’s calyx.”

The calyx is the outermost part of the plant that forms the flower.

For those interested in obtaining seeds, The Cannabis Seed Bank of Maine offers a variety of seeds designed for the state’s growing climate.

The facility also offers the state’s only cannabis growing courses and seed exchange.

There are marijuana plants that will grow well in Maine’s short growing season, Eccelston said, like the variety Northern Lights.

“They can grow a long time in a vegetative state and don’t flower until the light cycle shortens,” he said. “So they grow all summer and then when August comes along and the days start to get shorter the plant is triggered to put out flowers and buds.”

In Maine, he said, harvest typically is in late October or early November.

To harvest simply pull the plant out of the ground when it’s ready.

“You want to look at the part of the bud called the ‘trichomes,’” Eccelston said. “They make the bud look like there is a frost on it.”

He recommends getting a smartphone attachment that turns the device into a magnifier. He also suggested going online to look at the myriad of videos people have produced showing the growing process.

“If the trichomes look like little mushrooms, the plant is starting to mature,” Eccleston said. “When the trichomes turn milky they are ready to harvest and when they turn amber they are at their best.”

Once harvested, the plants should be put in a brown bag for three to seven days and shuffled around daily, to prevent mold.

They are ready to come out when you can bend the sticks of the plant and they break, but not with a brittle snap,” Eccelston said. “Then take the buds off and put them in a mason jar and let them cure for 30 days.”

Ideally, the moisture level in the jar should be at 60 percent — something any inexpensive hyrdrometer can read.

“At that point the marijuana is ready and it’s time to celebrate,” Eccelston said. 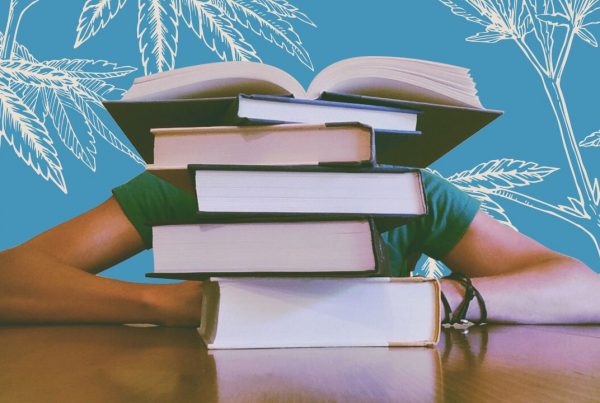