When choosing grow lights, you need to be careful so you don’t get confused by the scientific variables.CFL grow lights work perfectly in short spaces, CFL is considered to be the best in growing Marijuana in confined places and spaces. In the past CFL light was not used very much because it resulted in low output, but the latest compact fluorescent lights have made CFL a good alternative, as they cover full light spectrum which helps in growth of the plant and increase in Marijuana yields.

CFL light can be found everywhere and can also be found in hardware and stores.CFL light is also cheap and does not need too much external cooling because of their chiller temperatures. They can run in cooler temperatures, unlike other traditional light fixtures. This makes them safer due to lower fire risk. The light from CFL is however not as strong as the one emitted by HID fixtures. You should consider HID grow light if you are looking forward to a large grow. If you don’t want to spend much and, want to use a small space in your room to grow Marijuana, CFL light will be the best for you. If you want to achieve high yields and an automated growing set up with more than 250 watts, choosing another type of light would be the best thing to do. 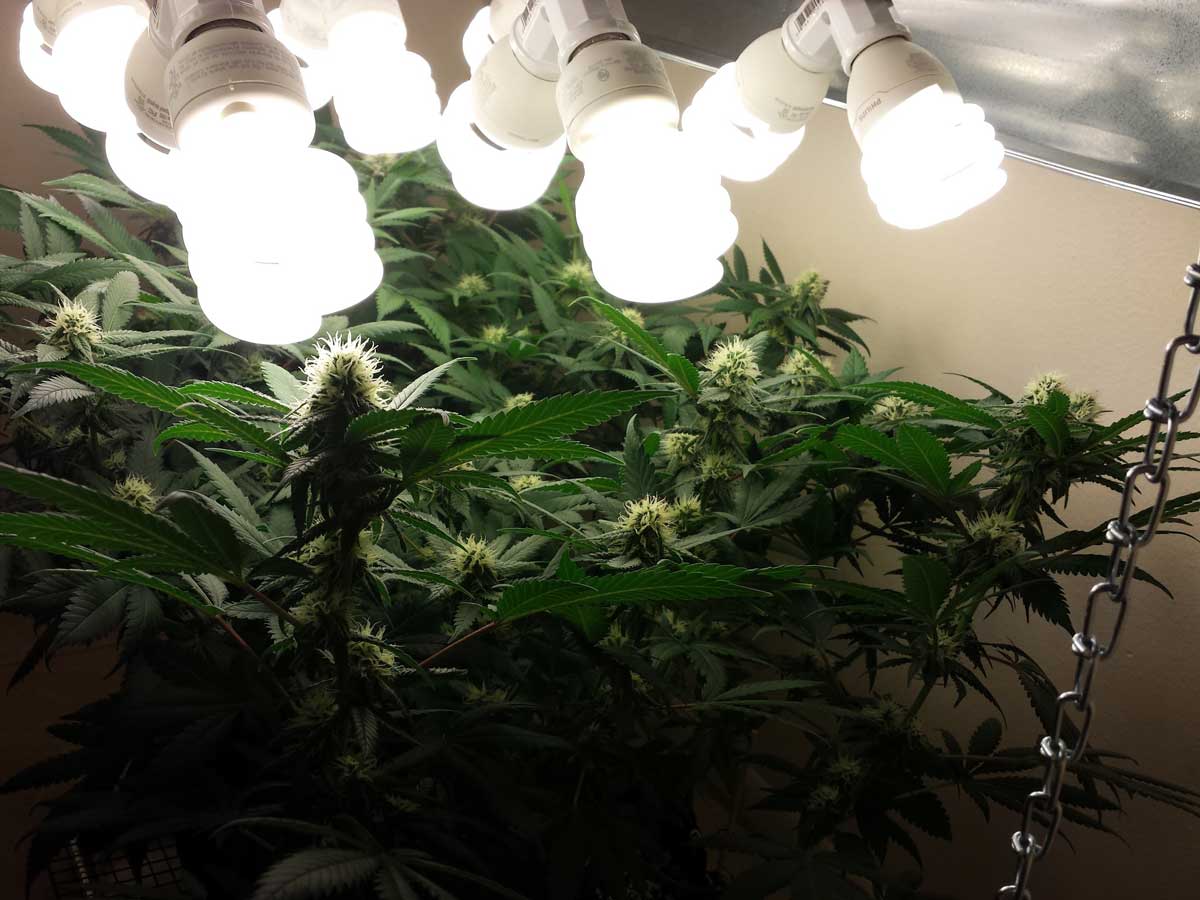 When purchasing CFL, you should purchase one that has a higher wattage and one that can suit your growing area. To check if the light you are using is suitable, you should check the lumens to find out the output. Normally every plant needs to be covered with about 10000 lumens.CFL comes in a wide range of wattages such as 15, 26, 42, 65, 68, 85 and 105 Watts, and there are even bigger models that exist. The best wattage for Marijuana growth is 42 wattage CFL lamps. If you are using four 42 wattage CFLs, you will need 168 Watts to emit 10900 lumens.

During the germination stage, you should follow 18 hours of light and 6 hours of darkness. To achieve this you should use a CFLs light timer. You should also water your plant with water but not too much.

You should continue watering your plant regularly at this stage, but be careful to avoid drowning. You should also adjust your CFLs so that they can be within four of each plant. Make sure the temperature is moderate to avoid burning your plant. There is need to; train your plant during vegging stage so they don’t utilize too much space and watering them regularly but not too much.

As soon as you switch your light hours between 18/16 to 12/12 your plant will go into a flowering stage. Provide your buds with as much light as you can.CFL works excellently at this period especially if you keep the light as close to the buds as you can. The temperatures should be maintained at favorable levels. There is no need to train your plant at this stage.